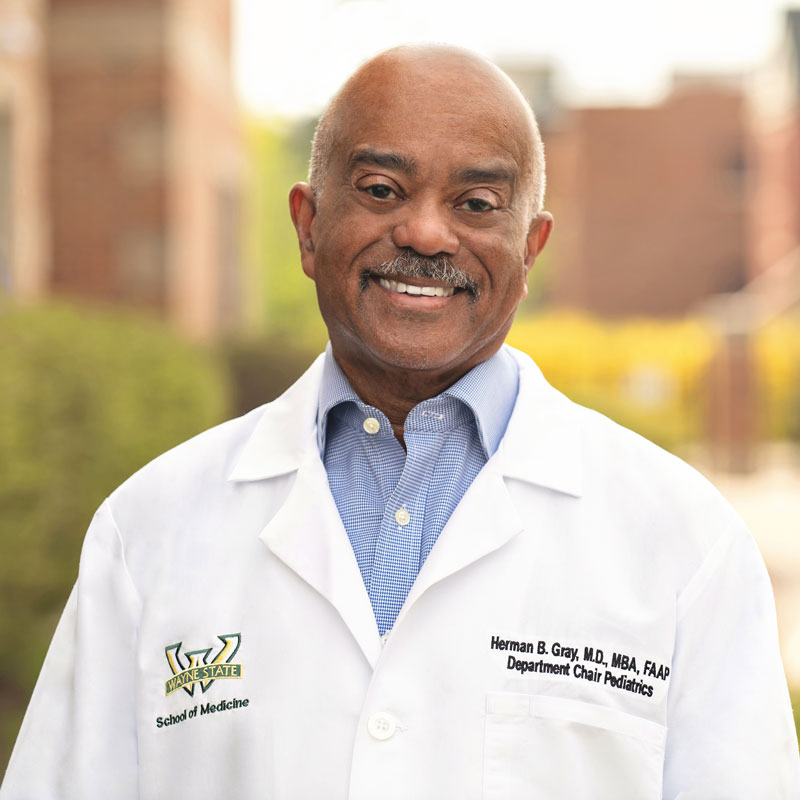 Herman Gray, M.D., M.B.A., is the chair of the Wayne State University Department of Pediatrics.

Dr. Gray is a former president and chief executive officer of the DMC Children’s Hospital of Michigan.

Dr. Gray’s history with Children’s Hospital of Michigan dates to the late 1970s, when he served as chief pediatric resident. While with CHM, he also served as vice president of Graduate Medical Education, pediatric residency program director, chief of staff and chief operating officer. Under his leadership, the residency program developed several innovative programs and successfully recruited a significant number of minorities.

He was named president and chief executive officer of CHM in 2005. He left that position in September 2015 to become president and chief executive officer of United Way for Southeastern Michigan.
Dr. Gray received his medical degree from the University of Michigan in 1976 and a master’s of Business Administration degree from the University of Tennessee in Knoxville in 2003. He is a Fellow of the American Academy of Pediatrics.

He has served as chief medical consultant for the Michigan Department of Community Health – Children’s Special Health Services and as vice president and medical director of Clinical Affairs for Blue Care Network. A child and family advocate, Dr. Gray has been honored numerous times for his humanitarian efforts related to pediatric health care, particularly with children with special needs. He has served on a variety of state and national committees and organizations, and is one of the founding commissioners on the U.S. Medicaid and CHIP Payment and Access Commission.