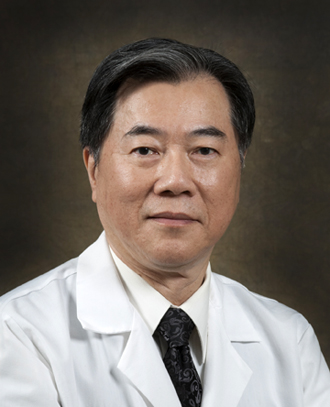 Chair of Obstetrics and Gynecology

Chaur-Dong Hsu, M.D., M.P.H., F.A.C.O.G., is professor and chair of the Wayne State University Department of Obstetrics and Gynecology.

Dr. Hsu received his medical degree from Kaohsiung Medical School in Kaohsiung, Taiwan, Republic of China, in 1982, and his master of public health degree from The John Hopkins University School of Hygiene and Public Health in Baltimore, Md., in 1991. He completed an internship at Kaohsiung Medical University in Kaohsiung, Taiwan, in 1982, and Obstetrics and Gynecology residency training at Beth Israel Medical Center, New York, in 1988. He was chief resident at Beth Israel Medical Center from 1988 to 1991. He subsequently completed a postdoctoral research fellowship in Maternal-Fetal Medicine and a clinical fellowship in Maternal-Fetal Medicine, both at The Johns Hopkins University School of Medicine.

Board certified in General Obstetrics and Gynecology, and in Maternal Fetal Medicine, by the American Board of Obstetrics and Gynecology, Dr. Hsu’s research led to his election to the Board of Directors (and positions as secretary and treasurer) of the North American Society for the Study of Hypertension in Pregnancy. He is on the editorial boards and journal reviews for national and international journals and an educational consultant. A well-funded researcher with more than 200 publications and abstracts, he has been invited nationally and internationally to give numerous lectures, and to consult on pregnancy complications involving preeclampsia and high-risk pregnancy disorders.