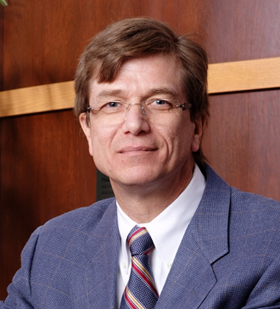 Dr. Bepler has served as the president and chief executive officer of the Barbara Ann Karmanos Cancer Institute since February 2010. He is a world-renowned thoracic oncologist with a special focus on non-small cell lung cancer.

In addition to his chief administrative duties, Dr. Bepler serves as director of the cancer center and is principal investigator of the National Cancer Institute Comprehensive Cancer Center Support Grant.

Dr. Bepler has secured more than $65 million in cancer-related research funding since the mid-1980s. He has published more than 168 peer-reviewed articles, including articles in the New England Journal of Medicine, the Journal of Clinical Oncology and Cancer Research.

His awards and recognitions are numerous and include membership on the Women’s Choice Healthcare Advisory Board with WomenCertified Inc. (2014), an appointment to the Fleischner Society for Thoracic Imaging and Diagnosis (2012), the Moffitt Cancer Center’s Scientist of the Year (2008), the American College of Physicians Information and Education Resource Editorial Consultant (2007-2008), and he served on the Journal of Clinical Oncology Editorial Board (2006-2008). He also holds eight patents.