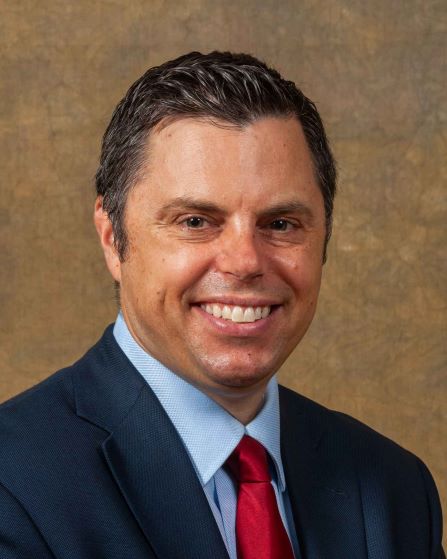 Vice Dean of Finance and Administration

Doug Skrzyniarz is vice dean of Finance and Administration for the Wayne State University School of Medicine.

Skrzyniarz, of Bloomfield Hills, Mich., is the senior administrative and financial officer in the School of Medicine, reporting to the dean. He supervises the offices of Fiscal Affairs and Medical School Information Systems, and works closely with the vice deans, chairs and administrators.
Skrzyniarz served in senior leadership roles for Wayne State University for 13 years. He joined the School of Medicine in 2006 to manage the $165 million capital campaign for research funding and infrastructure that included construction of the Mazurek Medical Education Commons. In 2008, he took on a senior administrative role for the School of Medicine and Wayne State University Physician Group, managing various areas of external affairs, including health policy, government procurement, regulatory affairs, and creating an office of Government and Community relations.

He was appointed to associate vice president for Government Health Affairs for the university in 2015, serving as the chief advocacy officer for the health sciences and as liaison for Medicaid policy. He was instrumental in creating new and innovative health programs with the Michigan Department of Corrections, the City of Detroit Health Department, the Wayne County Health Department and the Michigan Department of Health and Human Services Department of Mental Health. He has helped lead the university’s efforts on the opioid crisis, funding for Medicaid services, graduate medical education for mental health, moving the Michigan Poison Control Center to WSU, renewal of the Perinatology Research Branch contract with the National Institutes of Health, contract negotiations with clinical and academic partners, modernizing of electronic health record technology and bioinformatics, and strategic planning.

In addition to his health administrative roles, Skrzyniarz has made significant contributions to the university’s academic mission. In 2010, he created one of the nation’s first health policy classes for medical students. Now in its 10th year, the Health Policy and Leadership Development program, or MPAC, provides medical students with a base knowledge of the policy making and political process to support future advocacy efforts on behalf of their patients. The program has attracted medical students nationally to WSU and has been showcased at the Association of American Medical Colleges’ annual meeting.

He has worked in health care senior administrative roles for more than 17 years. In 2016, he was elected chair of the Group on Government Relations Representatives for the AAMC, and served on its steering committee for two terms. He served for many years on Michigan’s Infant Mortality Steering Committee and as a Southeastern Michigan March of Dimes board member.