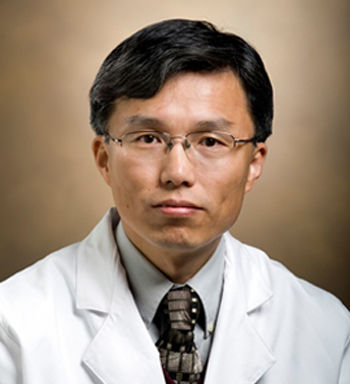 Dr. Li served as an adjunct professor of Pathology from 2003 to 2009 and associate professor of Neurology from 2006 to 2009 for the WSU School of Medicine. During that period he also directed the EMG Fellowship Program.

He joined Vanderbilt as a tenured associate professor of Neurology in 2009 and was appointed tenured professor in 2015. He was named director of the Vanderbilt Medical Center’s Charcot-Marie-Tooth Clinic in 2009, the same year he became a faculty member of the Vanderbilt Brain Institute and Center for Human Genetics Research.

Dr. Li received his medical degree from Anhui Medical University in the People’s Republic of China in 1985. He received his doctoral degree in Neurosciences in 1995 from the Drexel University College of Medicine (formerly Hahnemann University). He completed a Transitional Program internship in 1996 at Mount Carmel Hospital, Columbus, Ohio; a Neurology residency in 1999 at the Ohio State University; and an EMG/Neuromuscular Fellowship in 2000 in the Department of Neurology at University of Utah, Salt Lake City.

A member of the Society for Neuroscience, the American Academy of Neurology (fellow), the Peripheral Nerve Society, the American Neurological Association (fellow) and the American Society of Neurochemistry, Dr. Li has won numerous awards, including the David Kotlarek Award for excellence in patient care from Ohio State University, the WSU Faculty Research Excellence Award, the WSU Junior Faculty Award and the 2014 Wolfe Research Prize from the American Neurological Association. He was named the 2017 Littlejohn Faculty Fellow at Vanderbilt University and in 2017 was a Featured Scientist at the Vanderbilt Brain Institute.