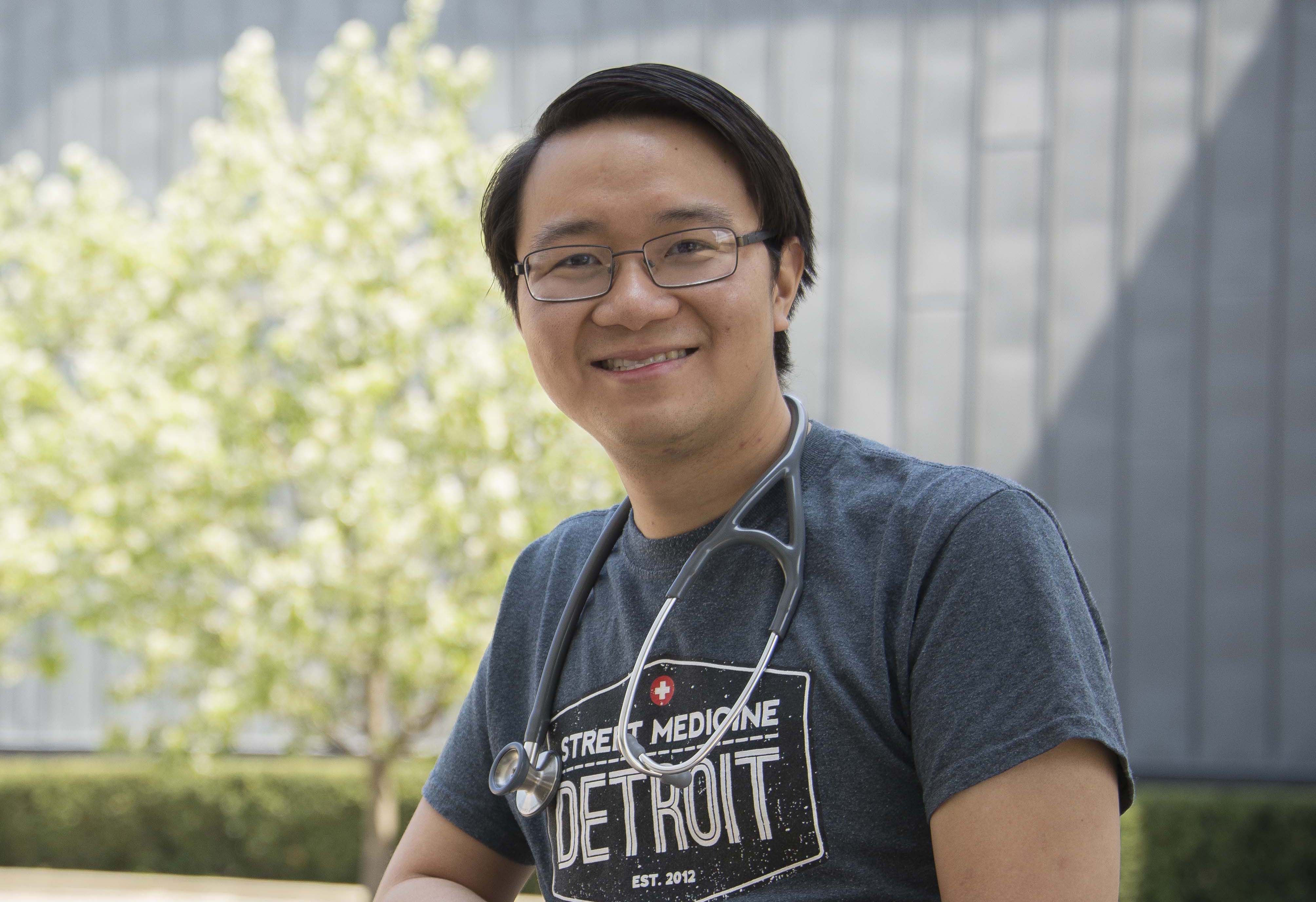 “I stood in the corner of a homeless shelter and watched students help these people, free of any judgment or preconceived notions. I knew then that this organization and this university were different.”

Born in Indonesia, Andrew is what many consider a “miracle baby.” His mother’s struggle with thalassemia made childbirth difficult, and his parents had already lost an infant son a few years earlier. But despite the complications, Andrew — and eventually his younger sister — arrived without incident.

Four years after Andrew and his family moved to the United States, the Indian Ocean earthquake and tsunami devastated his home country. When he saw physicians and other health care professionals putting their careers on hold to help recovery efforts, he took an early interest in medicine.

“I began to see that medicine can be used to help people and serve those without the same resources.”

During undergraduate studies at the University of Michigan, Andrew conducted research in iron deficiency and anemia, working alongside Dr. Barbara Felt, WSU School of Medicine ’84.

“I saw the way she cared for patients, going above and beyond in all aspects of treatment and teaching. She helped me understand that patients are not just numbers on a chart.”

After graduating from U-M, Andrew worked as a freelance photographer and videographer, taking a year to nurture a passion outside medicine. His first experience with Wayne State was doing videography work for Street Medicine Detroit.

“I stood in the corner of a homeless shelter and watched students help these people, free of any judgment or preconceived notions. I knew then that this organization and this university were different.”

Andrew took another year before medical school to work as a scribe in the emergency room of Cincinnati Children’s Hospital, where he learned medical terminology, gained valuable insight from physicians and residents, and worked in the community with an inner-city ministry.

Now a third-year M.D. student at WSU, Andrew plans to work in pediatrics and serve underprivileged urban communities. He’s currently the communications director for Street Medicine Detroit, an executive board member of the Christian Medical Association, and a member of the Aesculapians Honor Society and Ultrasounds a cappella group.